Jude is the most experimental, controversial and radical romanian filmmaker: his films never cease to offer a poignant satire of society, irredentism, or his country. His latest film is a prime example of his peculiarities. The subject is a leaked sextape of a teacher, and the scandal it rises among parents.

The opening of the film features the actual footage of an explicit, unsimulated sextape, not for the purposes of realism (as it could have been with any other Romanian New Wave director), but to force the viewer in the act of voyeurism that will be very blatantly shown in the third act: this chapter of the film features a sort of "trial", in which the teacher is forced to face the parents of her students. When one of the parents shows the video to the others with the purpose of "showing things for what they are", the other parents mock the teacher, laugh, or watch with perverse passion. Through this external sight, the viewer is thus confronted with the reaction they probably displayed at the beginning, a very clever way to involve the audience.

The previous two chapters of this three-chapter story each have their own purpose. The second chapter is a sort of glossary/collection of anecdotes, which introduces briefly all the notions that are later mentioned in the discussion of the third act: not only sex or equality related concepts, but domestic violence, history and romanian historical episodes (as that is the teacher's subject), philosophical concepts, even a metacinematic consideration, all with the goal of preparing the viewer for the final act. It is not only a way to put all viewers on the same page, but also to make explicit the thematic range of the film.

The first chapter features Emi (the teacher) walking around Bucharest doing chores. Through her journey, Jude shows the city as it is under the pandemic (the film was entirely shot last year) and its effects of distress on people, more and more nervous, without disdaining some subtle visual digressions.

While Jude makes very clear which side he supports in the debate of the third chapter, he chooses to give three different endings to the story, maybe to thus imply that the viewers have to judge for themselves. 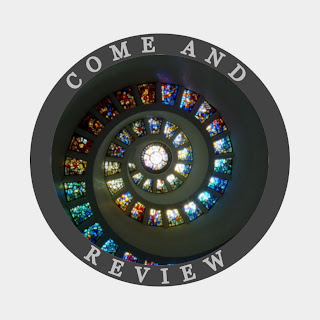